-For yet another recruiting season the Alabama Crimson Tide have inked one of the top signing classes in the nation. 247Sports and ESPN have each proclaimed Alabama the
No. 1 class in the nation while Rivals and Scout have the Crimson Tide at No. 2 behind USC.

-While the 2015 edition of national signing day proved quite uneventful for Alabama in terms of drama and suspense, not only did the Crimson Tide sign yet another superb class, 'Bama also managed to sign all prior verbal commitments leading up to signing day. While such an effort often goes unrecognized by many fans, securing what you have is vital. 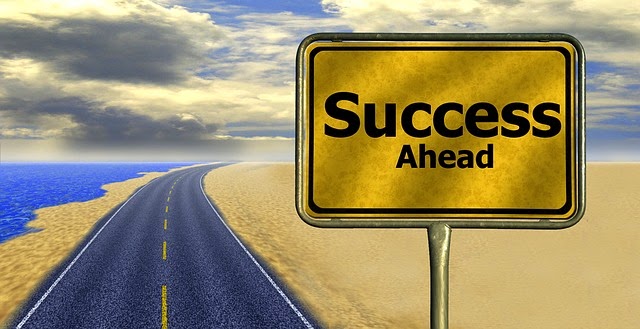 -In respect to new additions to the class, Alabama inked 4-star wide receiver Daylon Charlot this morning. Charlot, a former 'Bama verbal commitment prior to reopening his recruitment, came back to the Tide after testing the waters at LSU. Charlot had been viewed as a 'Bama lock for roughly a month or more.

-In respect to signing day targets, Alabama hit on the aforementioned Charlot but failed to sign 5-star defensive end CeCe Jefferson and 4-star wide receiver K.J. Hill. Although Alabama was never viewed as the favorite for either player down the stretch, the Crimson Tide still had an outside shot. When it came to their final decisions, Hill selected Ohio State while Jefferson signed with Florida.

-As noted in a prior post, Alabama commitment Christian Bell, a 3-star linebacker from Hoover, AL, has indeed accepted a grayshirt and will enroll in January of 2016. Due to his grayshirt status, Bell will not be counted in the class of 2015.

-Click HERE for a detailed look at Alabama's 2015 signing class.
Posted by The Crimson Elephant at 4:10 PM 0 comments 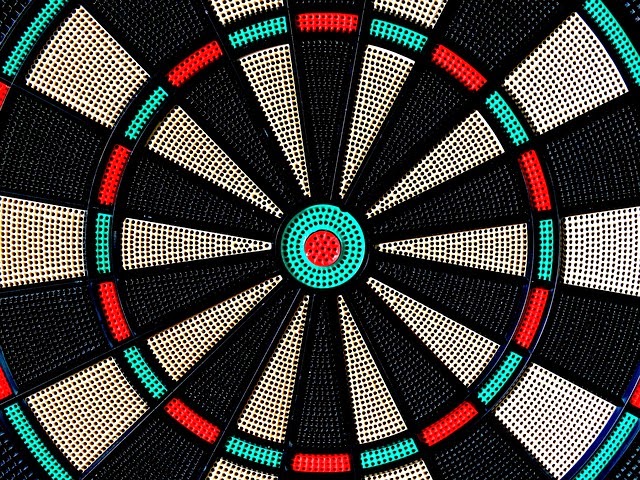 Name: CeCe Jefferson
Rating: 5-star
School/City: Baker County Senior/Glen Saint Mary, FL
Position: Defensive End
Status: Undecided
List: Alabama, Auburn, Florida, Ole Miss
Odds of Signing: POOR/FAIR - When it comes to playing the game in respect to recruitment, 5-star defensive end CeCe Jefferson is a master. In this age of big press conference calls and faux promises and propaganda, even those who've worked in the recruiting field for decades can't really get a pulse on Jefferson. While logic says that Jefferson will not sign with Alabama, if he came riding into his press conference on an elephant I probably still wouldn't be shocked. My guess is that Florida or Ole Miss will be Jefferson's school of choice...but don't rule out an elephant.

Rating: 4-star
School/City: North Little Rock/North Little Rock, AR
Position: Wide Receiver
Status: Undecided
List: Alabama, Arkansas, Ohio State
Odds of Signing: POOR/FAIR - In respect to K.J. Hill, the worm has really turned within the last 7-10 days. Other than Daylon Charlot, Hill, for a time, was viewed as one of the most likely Tide targets to ink his name on the dotted line with Alabama. However, things have soured quite fast. While nothing is 100% when it comes to recruiting, history has shown us that much, but the odds of Hill joining the Tide are now quite slim. Most experts now predict the 4-star talent to sign with Ohio State.

Name: Daylon Charlot
Rating: 4-star
School/City: Patterson/Patterson, LA
Position: Wide Receiver
Status: Undecided - Former Alabama verbal commitment
List: Alabama, LSU
Odds of Signing: GREAT - While many other stories concerning Alabama targets have flipped and flopped, less than 15 hours before signing day Daylon Charlot still appears to be a virtual lock for Alabama. Even if the Crimson Tide fail on their remaining targets expect UA to at least ink Charlot. Not too shabby by any stretch.

-Alabama is not expected to lose any commitments on signing day. On the surface that seems like a none story, but many teams of over the years, Alabama included, have lost pieces to the puzzle on the day it counted the most. The Crimson Tide will only add to the class of 2015...not take away. While 'Bama still has a total of five or six spots available for the class of 2015, the Crimson Tide will not fill them all unless something of monumental proportions comes to pass.

-3-star linebacker Christian Bell has accepted a grayshirt offer. Reports say that Bell is still 100% committed to the University of Alabama. Hill is scheduled to enroll in January of 2016.

-If you want to call it an "honorable watch list" for tomorrow, I'll throw 4-star defensive end/tight end Tyrone Wheatley, Jr. and 3-star wide receiver Lawrence Cager into the mix. I'm placing both young men in this category because the odds are almost less than poor that Alabama earns a signature from them on signing day, but it certainly wouldn't be the wildest thing I've ever seen.

Cager and 'Bama have had mutual interest for months and essentially the only thing that has kept Cager from giving a verbal commitment to Alabama has been the Tide's interest in Charlot and Hill. If Alabama fails to sign Hill, don't be shocked to see the Tide make one last gasp to attract Cager away from Miami at the midnight hour.

While the worm has certainly shifted to the U of Michigan, the school where Wheatley's father became a school legend at running back, earlier reports, even as of a few weeks ago, had Wheatley, Jr. wanting to carve his own path at a different school. While Alabama and Wheatley, Jr. were "warm" on each other in terms of interest, I'm not sure if anything was ever really all that serious. However, if Wheatley, Jr. really wants to add some drama to his Wednesday activities, inking with Alabama would be the ultimate curve.
Posted by The Crimson Elephant at 6:17 PM 0 comments 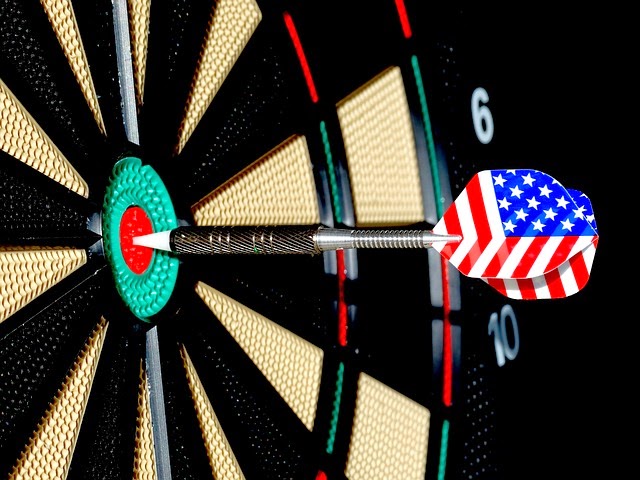 Name: CeCe Jefferson
Rating: 5-star
School/City: Baker County Senior/Glen Saint Mary, FL
Position: Defensive End
Status: Undecided
List: Alabama, Auburn, Florida, Florida State, LSU, Ole Miss
Odds of Signing: POOR - While the odds of CeCe Jefferson signing with Alabama were close to zero just a couple of weeks ago, the Crimson Tide have made some gains. Jefferson, on his own time, has actually made two trips to the UA campus within the previous week. While communication is high and Alabama has turned up the full court press, I think odds are still poor, at least as of right now, that 'Bama lands Jefferson. While UA certainly has the room to take Jefferson, I'm not sure if Jefferson wants to be taken by Saban. Ole Miss seems to be the favorite for this 5-star talent.

Name: Daylon Charlot
Rating: 4-star
School/City: Patterson/Patterson, LA
Position: Wide Receiver
Status: Undecided - Former Alabama verbal commitment
List: Alabama, LSU
Odds of Signing: GREAT - Daylon Charlot is, without question, the strongest chance Alabama has with any target on the board. While nothing is official, many believe that Alabama and Charlot have been happily married for quite a while. Charlot is likely a silent commitment to the Crimson Tide. Alabama earning Charlot's signature on national signing day seems inevitable.

Name: Chidi Valentine-Okeke
Rating: 4-star
School/City: Faith Baptist Christian Academy/Ludowici, GA
Position: Offensive Tackle
Status: Verbal commitment to LSU
List: Alabama, Auburn, Georgia, LSU
Odds of Signing: POOR/FAIR - Thought to have been the third wheel in respect to offensive tackle targets, Chidi Valentine-Okeke seemed to be a lock for 'Bama if he was offered a secure spot. After the Crimson Tide seemingly failed to reel in the two main targets, Drew Richmond and Isaiah Prince, the path seemed to be clear for Valentine-Okeke. Well, not so fast. While the interest has always been mutual, Valentine-Okeke shocked many in the recruiting world by giving his verbal commitment to LSU on the morning of Jan. 29. Valentine-Okeke had a spot with Alabama and likely still does. I find it hard to believe, at least right now, that Valentine-Okeke and Alabama are finished. This one could be a signing day decision.


Name: K.J. Hill
Rating: 4-star
School/City: North Little Rock/North Little Rock, AR
Position: Wide Receiver
Status: Undecided
List: Alabama, Arkansas, Ohio State
Odds of Signing: GOOD - After decommitting from Arkansas following an official visit to Alabama, the numbers game is now working in UA's favor in respect to Hill. The 4-star wide receiver has a spot with the Crimson Tide if he wants sign on the dotted line. While odds aren't as high as that of Charlot, chances are good that K.J. Hill will be in an Alabama uniform this fall.

Name: Lawrence Cager
Rating: 3-star
School/City: Calvert Hall College/Towson, MD
Position: Wide Receiver
Status: Verbal commitment to Miami
List: Alabama, Miami, Ohio State
Odds of Signing: FAIR - Although Cager recently reaffirmed his commitment to Miami, Alabama now has more spots available than before. Cager has expressed interest in Alabama for quite a while and the feeling is mutual. Many thought Cager would be a victim of the numbers crunch but things have recently shifted due to several decommitments. Logic would now suggest that if Cager wants to attend Alabama he'll have a secure spot. Expect Alabama to aim for both Charlot and Hill, but Cager could be a wildcard.

-As noted above, just in passing, Alabama lost three verbal commitments on January 29. Montrell Custis, Rico McGraw, and Isaiah Prince each decommitted from the Crimson Tide. The departures of Custis and Prince were expected by most in the know. McGraw's decommitment, while not as obvious as that of Custis and Prince, had been rumored for roughly a month.
Posted by The Crimson Elephant at 7:02 PM 0 comments 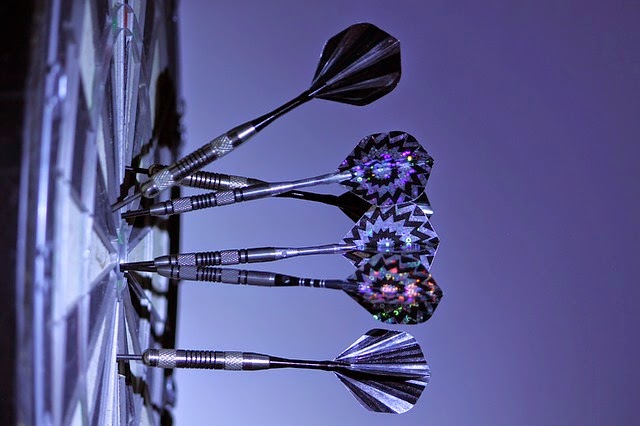 -Expect the Crimson Tide to lose one or two current verbal commitments prior to National Signing Day. 3-star defensive back Montrell Custis is the most likely departure at this time.
Posted by The Crimson Elephant at 3:47 PM 0 comments The Crimson Elephant
Certain articles on THE CRIMSON ELEPHANT do garner revenue from advertising outlets.

View my complete profile
Disclaimer: The Crimson Elephant has no direct affiliation with Alabama Crimson Tide football or the University of Alabama.